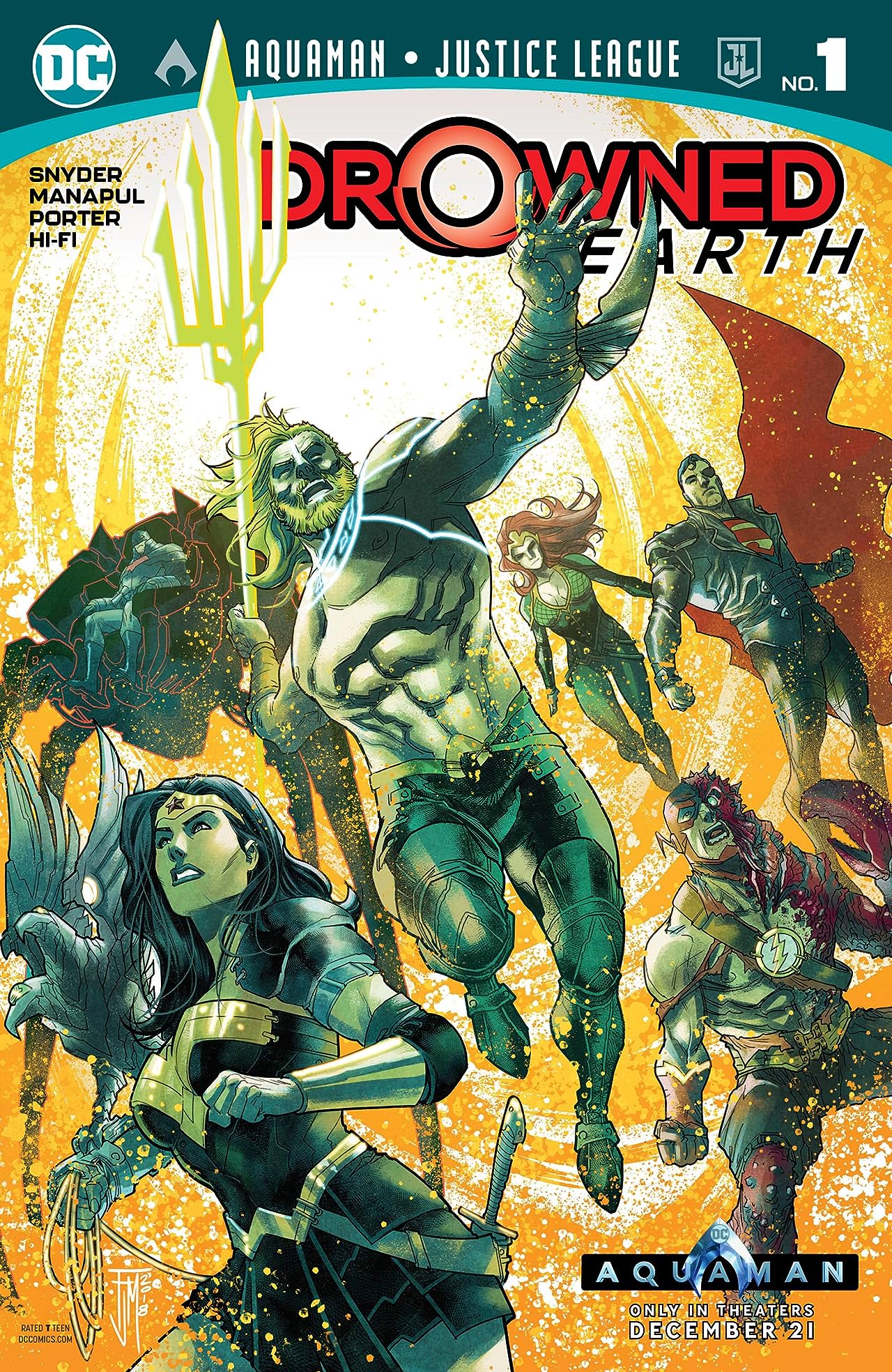 Scott Snyder’s Drowned Earth continues to prove itself to be a wellspring of disappointment. The previous installments of Drowned Earth have been hindered by a multitude of narrative faults, a trend which recurs throughout Snyder’s final chapter of Drowned Earth. The entire storyline has been plagued with two fundamental issues; lackluster characterisation and poorly executed exposition, both of which have resulted in my dwindling interest in the Drowned Earth story arch as a whole . Chief amongst these story issues are the characters; nearly every character involved in the drowned earth storyline is forced to take a backseat, in favour of the plot and narrative’s high fantasy components. The narrative is so busy exploring larger than life fantasy tropes such mcguffin’s, space gods, grandiose stakes and vague notions of life/death that fails to pay attention to the most important component of any story; its characters.

Without effective characterisation there is no story, the audiences interest wanes and the entire narrative becomes tenuous at best. Similar to previous instalments of Drowned Earth, Aquaman/Justice League: Drowned Earth #1 forces the characters to become slaves to the plot. As such, they display no real autonomy and become lifeless narrative devices, whose only real impact within the story is the advancement of the plot. Snyder does attempt to make a stab at developing the character of Aquaman, however it falls flat due to the previous instalments inability to effectively display the characters journey. Previous issues have provided Aquaman with a wealth exposition, but have failed at depicting Aquaman as having any real emotion reaction to the newly acquired revelation As such, the lessons which Arthur has supposedly learned feel cheep and unearned.