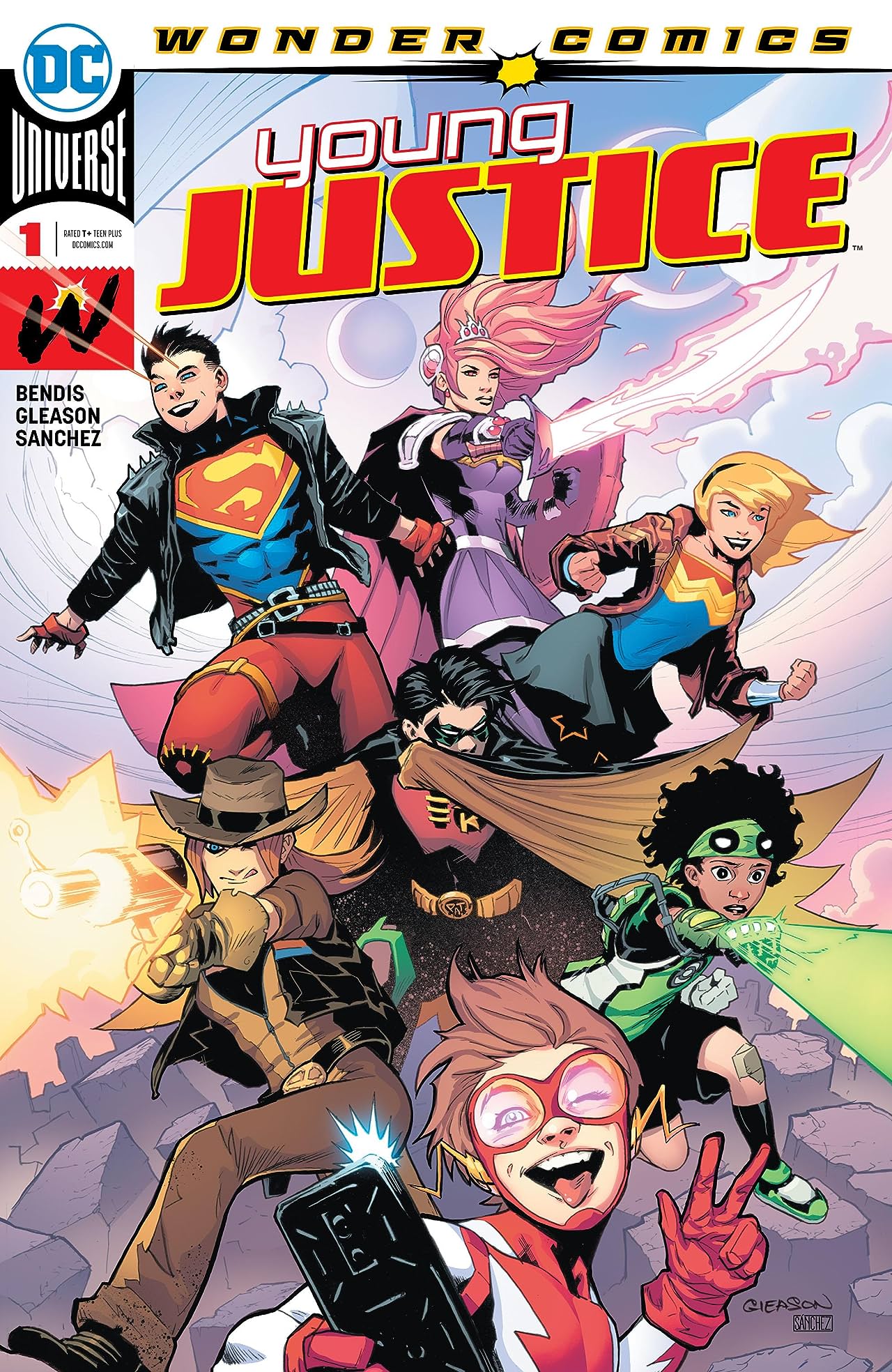 With the recent debut of Young Justice’s long awaited third season, it was inevitable that DC fans would see the resurgence of the beloved comic book series to coincide with the launch of the animated series. Thanks to corporate synergy, it would seem that we are finally entering a renaissance period for the Young Justice franchise as fans being inundated by Young Justice/Young Justice adjacent content. With Superboy not only making a highly anticipated return to comics, but also being slated play prominent roles in the forthcoming animated film Reign of the Supermen and Titans season 2. The question isn’t how much Young Justice content we’re getting, but rather a question of quality. Could Bendis’s run on Young Justice live up to the hype of both the original series and the animated series? The answer appears to be a resounding YES!

With a writer as prolific as Bendis, questions concerning quality may seem arbitrary or unwarranted at best, however much of his recent work have widely divisive and have garnered much criticism. Bendis’s take on Young Justice seems to be a much needed return to form for both the characters and Bendis himself. Much of the issue is predicated on the audiences nostalgia at finally witnessing reunion of such an iconic team and retooling their depictions to resemble their pre-New 52 incarnations. However, the books real strength lies in its unabashed celebration  of comic book wonder and merriment. Bendis’s comments regarding his intentions concerning his Wonder Comics imprint denote his intention to make comics which celebrate “the wonder of life, love and comics.” Young Justice #1 is the fulfillment of that mission statement. This sense of wonder pervades the entirety of the book and essentially propels the narrative. Even the characters are shaped by this idea of celebration and joy. With Impulse serving as the mouthpiece for everything Bendis seeks to achieve and becoming an in-text surrogate for the audiences own nostalgia, celebration and enjoyment.