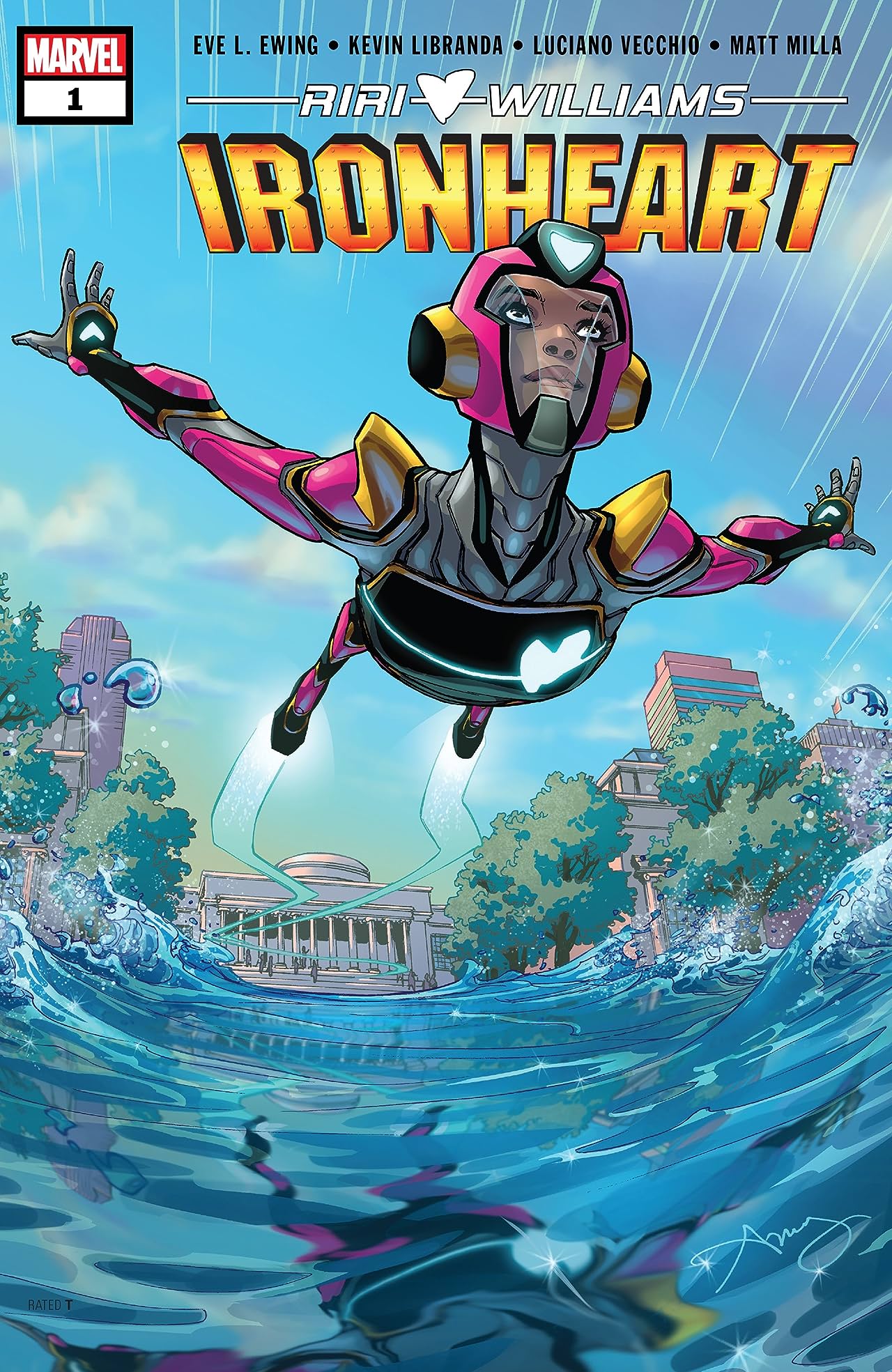 From the onset of Riri Williams conception, the character has been plagued criticisms concerning her establishment (or lack thereof) of an individual identity. Sure, a large portion of those critiques were really thinly veiled propaganda peddled by bigots and racists who sought to denigrate one of the few hypervisble  black female characters in comics for the simple act of stepping into a superhero mantle originated by a white man. However, even after the initial controversy had subsided, the character of Riri Williams was still beset by questions concerning her characterisation, morality and personality as whole. Whilst her inclusion in Champions made little headway in providing Riri with an individual identity, Eve Ewing’s take on Riri seems poised to put the unease regarding her characterisation to rest for good. 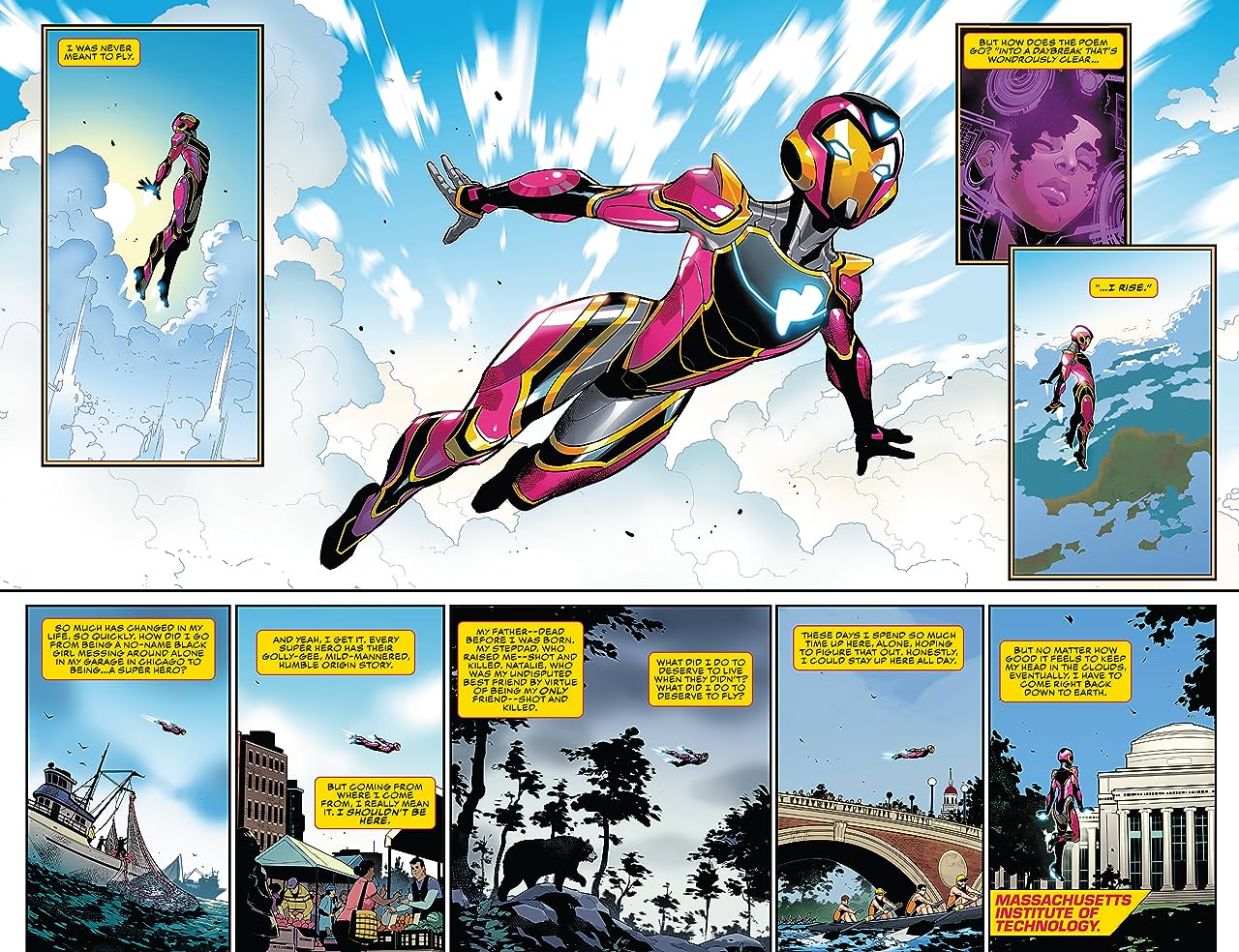 Eve Ewing’s intentions are made clear from first few pages of Ironheart #1, where she briefly recaps Riri’s backstory and highlights the characters isolation, before using this information to launch an intimate character investigation. Ewing lands at the same conclusion that I have held for months; Riri is simply a socially awkward teenage genius, whose intellectual brilliance is continually recognised at the expense of her humanity. In other words, Riri Williams is a character who enjoys a rare level of hypervisiblity, but has failed to convey any meaningful information regarding her personality beyond her intelligence due to her poor social skills. This assessment of Riri’s characterisation seems to be an apt observation of the characters difficulties connecting with the audience. Whilst Ironheart #1 includes the usual comic book hijinks, Eve Ewing makes her character driven intentions clear from the get-go.