On the 12th November 2018 the World lost a truly magnificent and pure soul in Stan Lee.

Stan Lee’s legacy and impact on the World is beyond reproach, this man touched the lives of millions of people worldwide with his imaginative comic-book creations and I’m writing this to share my small slice of experience engaging with Marvel media and comics. ‘With great power comes great responsibility’, these words go beyond the world and life of Peter Parker aka Spider-Man and resonate with me on a very real personal level. I mainly experienced Spider-Man through the 1994 Spider-Man cartoon which aired on the now defunct Fox Kids network in the UK, looking back at it felt it like a weird combination of Spider-Man’s playful quipiness but the tone of Batman’s Gotham City, Peter Parker was shown as a 20 something old man down on his luck always struggling to make ends meet. I learnt a lot about the Marvel Universe from this show as there were some surprising and great crossovers with other heroes and teams that I was watching on their respective shows, but what this show truly put across to me about Spider-Man was that he was a very unsung figure that no matter how often and intensely he put himself in harm’s way some people simply saw him as a ‘menace’ to quote Ol’J Jonah Jameson. 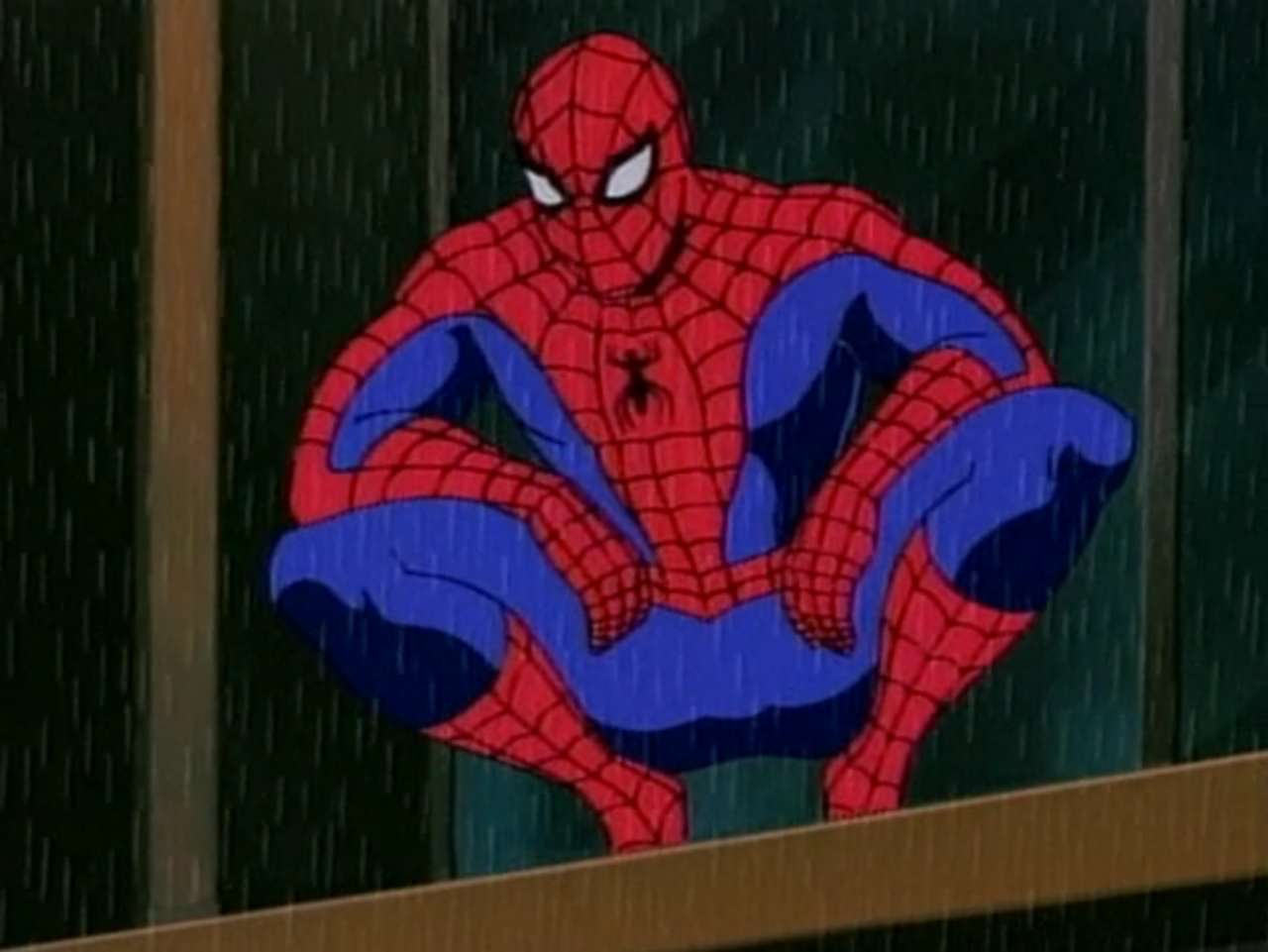 The show wouldn’t shy away from showing how all the criticism from the Daily Bugle and how certain people would react to Spider-Man DID get to him, I still remember scenes were Peter/Spider-Man would voice all his anxieties, frustrations and sadness to a gargoyle he nicknamed Bruce (which in some way I’m sure supports my assertion about the show having a slight Batman influence lol) it was incredibly mind boggling to a younger me how such a clearly capable guy felt this way and I was relating to him very hard and very deeply, at the same time I was experiencing Spider-Man in this manner I was also experiencing racism and othering in, the result of being one of a handful of black children in a predominantly white community. Some of those experiences left me as a young black boy so very angry, I always did my best to ‘fit-in’ and be good to others and  this often made me put others over myself (like Spider-Man) despite the energy not being returned, and it was also harder because I couldn’t quite understand what I was experiencing and why I was experiencing this even though I did a lot to be ‘good’ but no matter what I did some teachers, some students, some parents and some neighbours just didn’t fuck with me.

So here I am a young black boy watching Spider-Man late evening on Fox Kids, and I’m watching Spider-Man pour his heart out to a stationary lifeless stone in total awe feeling validated and then it dawns on me that no matter how much vitriol or lambasting Peter/Spider-Man receives everyday he wakes up and decides to put on his costume he has essentially said ‘I’m gonna do the right thing.’ For every episode that Peter/Spider-Man vents to Bruce he continues to strive to be a Hero for others, taking his Uncle Ben’s words to Heart and putting others over himself despite how under appreciated or unfairly treated he felt, that was a huge influence for a young me trying to not allow others to push me into a rage or nasty character and goes to what I feel is the true root of Stan Lee’s desire for Spider-Man.

‘SOMETHING AMAZING IS GONNA HAPPEN!!’ This is the only way I can characterise my feelings every time I watched the intro for the 90s X-Men cartoon. That show like the Spider-Man 1994 cartoon before it was my entry point into the World of the X-Men, into Mutants, the Xavier Institute, Magneto, Storm etc. Even though Stan Lee conceived the concept of the X-Men from the Civil Rights Movement and the characters of Magneto and Charles Xavier being loosely inspired by Malcolm X and Martin Luther King respectively, I don’t think I watched and enjoyed the X-Men as a young boy for that obvious reason (how could I? I didn’t know shit about that lol), rather I just recall feeling incredibly excited to see the various Mutants and what powers they possessed and their backstory, I think the X-Men planted the seed of interest in ‘character development/progression’ in me. Although I can recall some familiar story beats that the show covered like the M’Kraan Cyrstal and the Shi’ar Empire, the Phoenix Force and Days of Future Past what I think really stood out for me was the beef that Wolverine and Cyclops had and who Jean Grey would ultimately wind up with between the two. The shows greater theme of co-existence between Mutants and Humans did appeal to me and I never questioned the righteousness of the X-Men or challenge the notion of Magneto being ‘in the wrong.’

As I got older and my awareness having increased, I revisited the show from time to time and realised the awesomeness that is Ororo Munroe aka Storm. Storm is presented as a BLACK QUEEN in the 90s X-Men cartoon, her speech mannerism and accent are iconic as hell and lent her as one of the only two black characters in the show (the other being Bishop who appeared from time to time from a possible dystopian future) a feeling of gravitas and regal stature ‘Shining lightning rain down your dazzling fury below!!’ I just made that line up but I’m confident as hell you read that in Storm’s voice. The 90s X-Men cartoon was unintentionally progressive in the way it handled and portrayed Storm, black women portrayed in such a noble and authoritative manner were a decimal point let alone being a constant sight in the comic book landscape, Storm’s portrayal in the 90s X-Men cartoon is a complete breath of fresh air (again an absolute QUEEN) and shares the placement of my favourite X-Men character with Magneto. 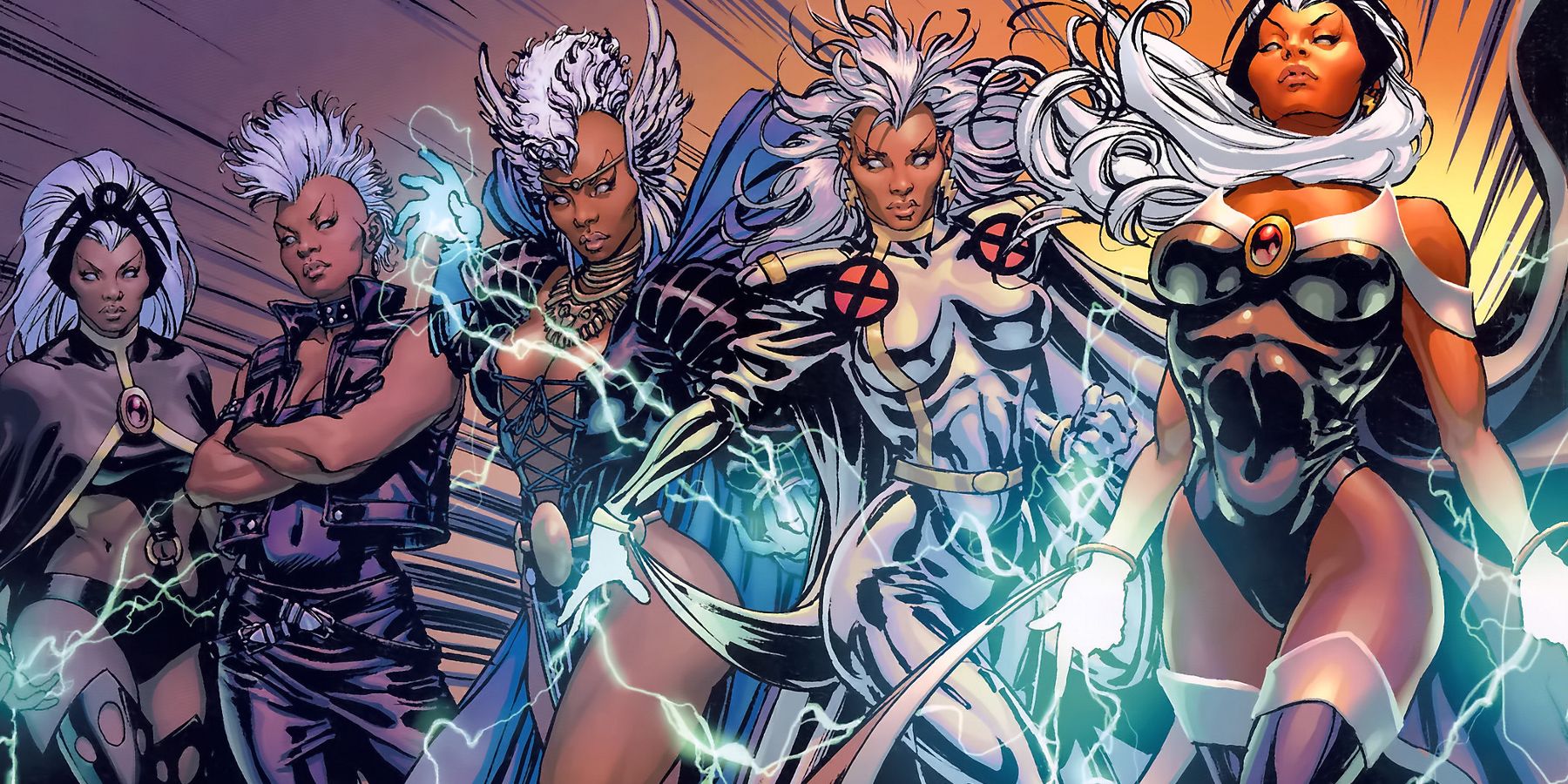 Speaking of Magneto, I would come to better understand and favour him through explanations on the character and his backstory found on various resources on the internet, Magneto would become one of many characters that I could relate to because of our shared anger and frustration with society (though 2018 gave me an even greater champion for these feelings that would make me feel represented). Magneto would also represent for me the fact that the ideal of co-existence as espoused by the 90s X-Men cartoon wasn’t as black and white as it would have you believe, in addition to the fact that character in the right comic book writers’ hands can be viewed as a tragic anti-hero and not just the extremist terrorist. Magneto would be the culmination of the 90s X-Men cartoon encouraging me to look forward to character development and progression, the X-Men are a sheer triumph for Stan Lee in that regard as he conceived them as means to draw readers into the discussion surrounding Civil Rights that was occurring at the time and to ultimately help them realise the humanity that existed in all people despite their backgrounds or differences.

2018 saw the cultural phenomenon that was Black Panther and the film was my first real engagement with the character and the nation of Wakanda (thou I do have a copy of Black Panther issue 10 The Black Panther vs Jaakara..I haven’t read it). Even though Black Panther had appeared in Civil War prior, I was still familiar with T’Challa’s backstory, the hereditary (for the most part) nature of the Black Panther mantle and Wakanda’s renown as the most technological advanced nation on Earth, the announcement of the solo Black Panther movie was exciting with the casting being especially intriguing with Michael B Jordan announced and shown as Erik Killmonger. 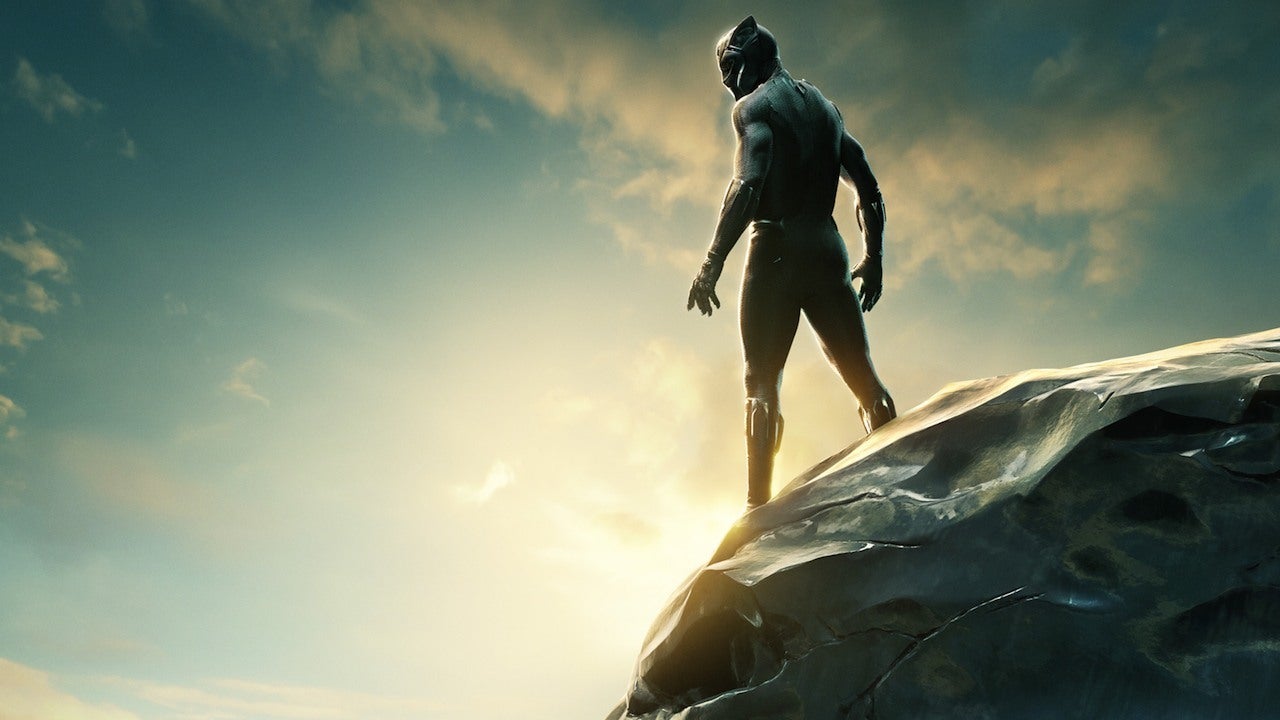 Black Panther was significant for many reasons that I’m sure most can tell you about, even those not in the black community, for me Black Panther was significant for its nuanced and layered meta-narrative between T’Challa and Killmonger. Earlier I mentioned how Magneto was one of a few characters that I felt shared and could relate to my own personal angers and frustrations with society, after watching Black Panther I came to the conclusion that Erik Killmonger was a better representation of those feelings because he was specific to the black experience, I related very strongly with his anger and his desire to lash out, ashamedly, in violence. I sympathised with his disconnection to his Wakandan heritage and felt this alittle myself despite knowing and experiencing my own Nigerian heritage. In addition, Killmongers portrayal on screen was very powerful to me, despite the setbacks, tragedy and trauma he experienced he was able to push and motivate himself to meet his ambition an ambition no matter how short lived, ill-fated or ill-gotten had him standing as a King and living up to his royal origin. I think I’m only one of a few who find inspiration in him but also acknowledge the cautionary tale told through his character. 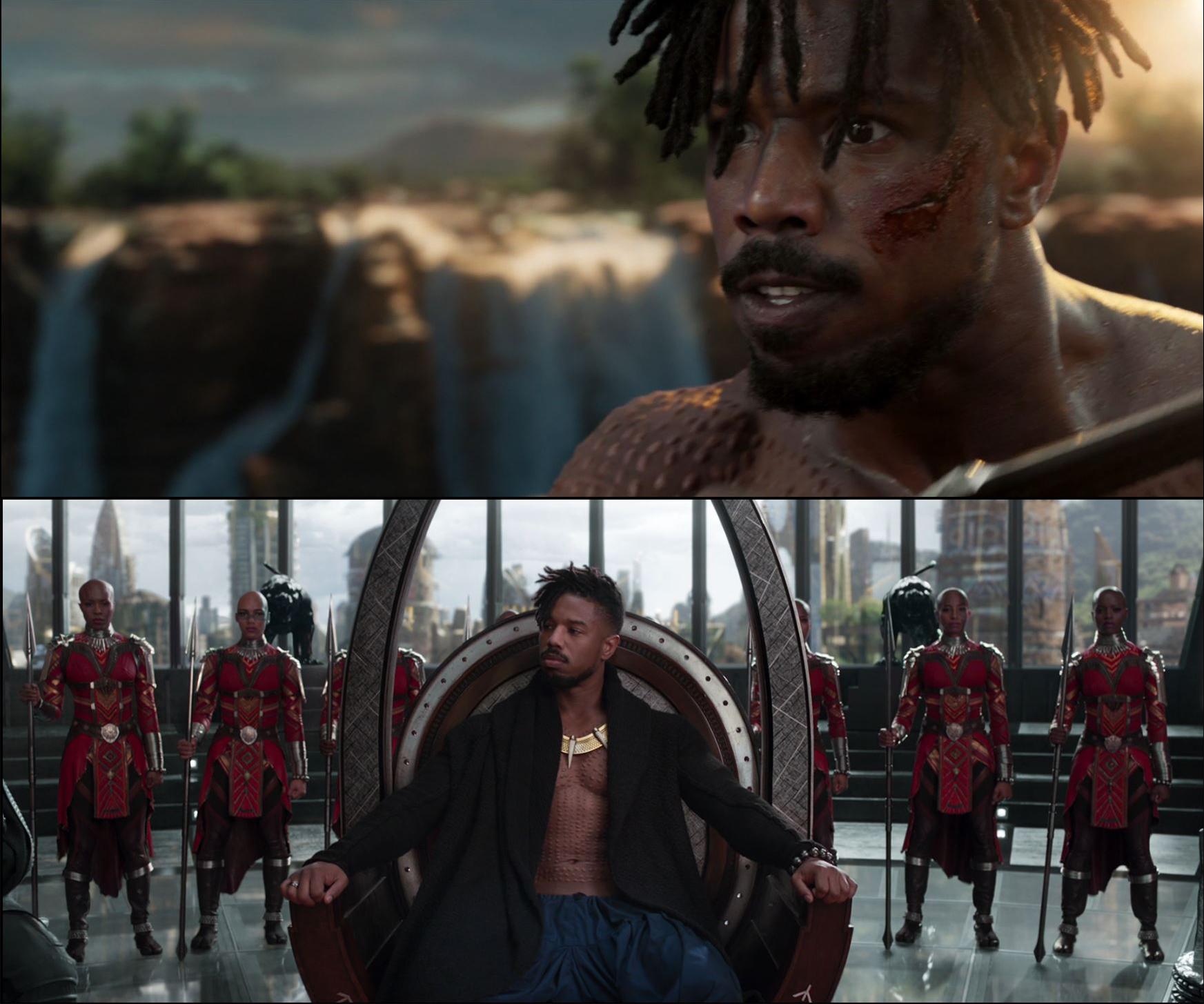 All that said Stan Lee was vital in the conception and creation of the Black Panther character especially during a time were race relations in the US were tense despite the turning point with the Civil Rights Act, although Black Panther wouldn’t find the exact same popularity as Spider-Man, X-Men, Avengers etc (thou the Black Panther movie has most certainly positioned him to potentially be on par with those names) I’m grateful to Stan for creating a character that others would be able to tell unique, relatable and powerful stories with, the cast and crew of Black Panther put real passion and Love into the creation of that film which showed in so many ways, if not for Stan my feelings may not have found a more relatable figure in which I could better see them and acknowledge them.

I’m a huge (but extremely jaded and bitter) BLEACH fan and the author of that series when he releases the volumes writes poems about the characters on the front page, usually to express what that character is feeling throughout or in the moment, volume 19 Black Moon Rising with Kurosaki Ichigo reads ‘No, nothing else can change my world.’ Forgiving the lack of context many a discussion I’ve had on poems in BLEACH the popular consensus concerning this poem is that Ichigo himself is not necessarily the speaker, but, rather his Zanpakuto Spirit Zangetsu is expressing these feeling due to the manner of speech. Zangetsu asserts that Ichigo is the only one who can change his world, his world which is within Ichigo’s soul which in particular experienced a lot of rain which represented Ichigo’s sadness, a sadness which Ichigo at the conclusion of the Soul Society Arc states is cleared/dried away by the impact of Kuchiki Rukia. Essentially you can read it as a romantic way of Ichigo saying Rukia means a lot to him. 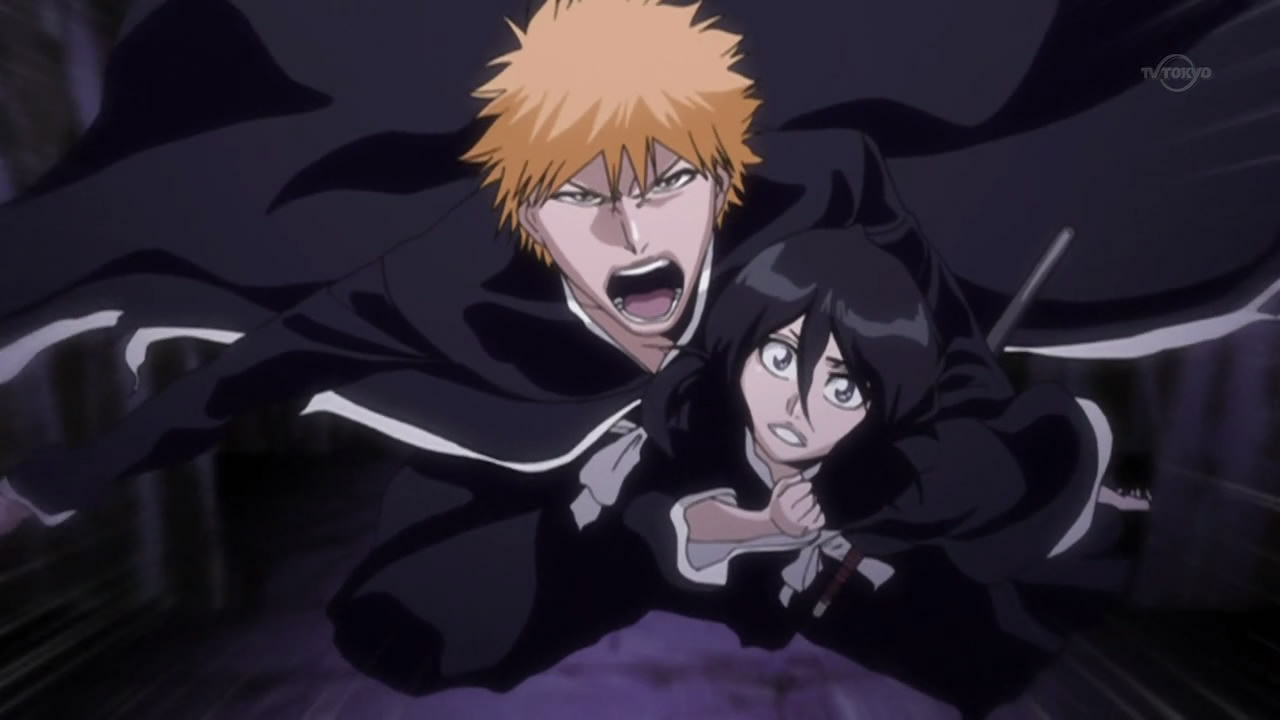 I’d like to say that Stan Lee may not have been the one to change my world, but he was certainly the one to open my imagination and my heart to those who could and those who have, and they’ve come in many forms.

Thank You and goodnight Stan