‘Honey… WHERE’S OUR REPRESENTATION AFTER 14 YEARS’

Now don’t get me wrong, I am just as excited as the next person at my big adult age to watch the new Incredibles 2 movie! It’s been a long time coming and its the sequel that my inner childhood self needs. Seeing Mr Incredible, Elasta Girl, Frozone, Dash and co. back in action again, what a time to be alive.

Now I just recently read an article today by Shadow and Act (which you can click here to read) which lets us know why we are not going to be unfortunately introduced to Frozone’s (Samuel L. Jackson) wife Honey (played by Kimberly Adair Clark) in physical animated human form. The directors themselves said:

She’s funnier as a voice. We actually went through all the trouble of designing a character and the design appears in the movie but not as Frozone’s wife. We have used her design and she is a hero but there’s not a lot of screen time though

I’m sorry? What does that mean? That is an absolute poor excuse from the directors… YOU HAD 14 YEARS TO CREATE HER.

I’m going to call it how I see it but I believe Elasta Girl is probably what Honey should have essentially looked like which is w-quite an interesting observation to me.

This is very worrying because not only is there a lack of representation with black characters in movies, both animated and real life, there is a lack of black women represented too. What are they really telling us here? That we are just worth our voices? That black women are not held in high regard or important enough to have characters made for them? The words “trouble” is little bit funny too. It wasn’t trouble making the rest of the characters? I’m sure it was harder creating their superpowers more than anything to be honest with you. The incredibles franchise are looking a bit funny under the light right now.

Honeys dialogue/interactions in the first Incredibles(2004) movie were one of the top 3 (and its not 3) highlights and this is without her physically there. Te recent trailer where there is dialogue between Honey and Frozone was another top 3 highlighter too. 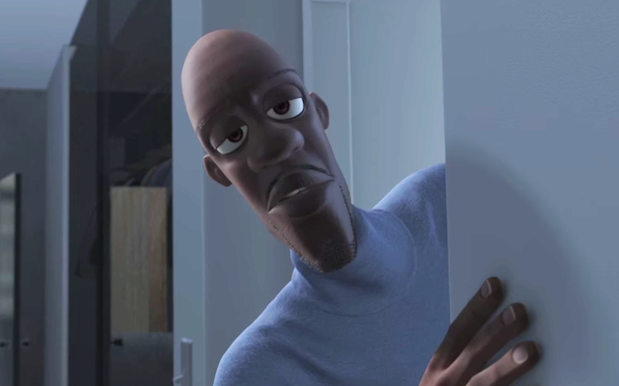 To conclude, this just feels like another episode of “Yeah we wanted black people but not really” all over again. I mean yeah, we will go watch the movie but this really goes to show how much filmmakers really lack the initiative to include black people. Especially when it comes to animation. Its lazy, its tiring and its somewhat problematic.

Except The Incredibles 2 to hit cinemas June 15

Let me know your thoughts in the comment section below too! Every voice must be heard.