As the weeks go on, it has become increasingly clear that the narrative structure of the DC Universe’s Titans is entirely predicated on alternating between episodes which advance the main narrative and episodes which focus on side-stories that expand the wider DC Universe. The problem with such a sporadic approach to storytelling, is its propensity to foster unfocused and unrefined  narratives; the effects of which have become progressively evident in the shows treatment of its main characters.

This method of storytelling has become increasingly frustrating as it has resulted in several structural issues such as: ill-defined plots, underdeveloped characters, indeterminate character dynamics, insufficient exposition and poorly paced narratives. The effects of this approach to storytelling may have felt far less pronounced, had the series been given a 22 episode season order. However, with a meagre 11 episodes, Titans simply cannot afford to spend a significant amount of time on expanding the DC Universe as a whole, whilst neglecting to develop the seasons main storyline.

Despite the series continual reliance on narrative detours, episode 6 manages to make considerable strides in Dick Grayson’s character development. As such, episode 6 proves itself to be a refreshing change of pace, as it cleverly uses this weeks narrative detour/side character as a foil through which the writers are able to delve into the character of Dick Grayson. Whilst Jason’s Todds inevitably results in the continued relegation  of the rest of the main cast, Batman’s newest protege serves as the catalyst through which the writers and the audience are able to undergo an intimate journey into the psyche of the original Robin. Such a character exploration is achieved predominantly through the writers juxtaposition of the two characters, a comparison that is rendered all the more potent by their proximity to one another and their ongoing conflict concerning their opposing perspectives towards the Robin mantle. 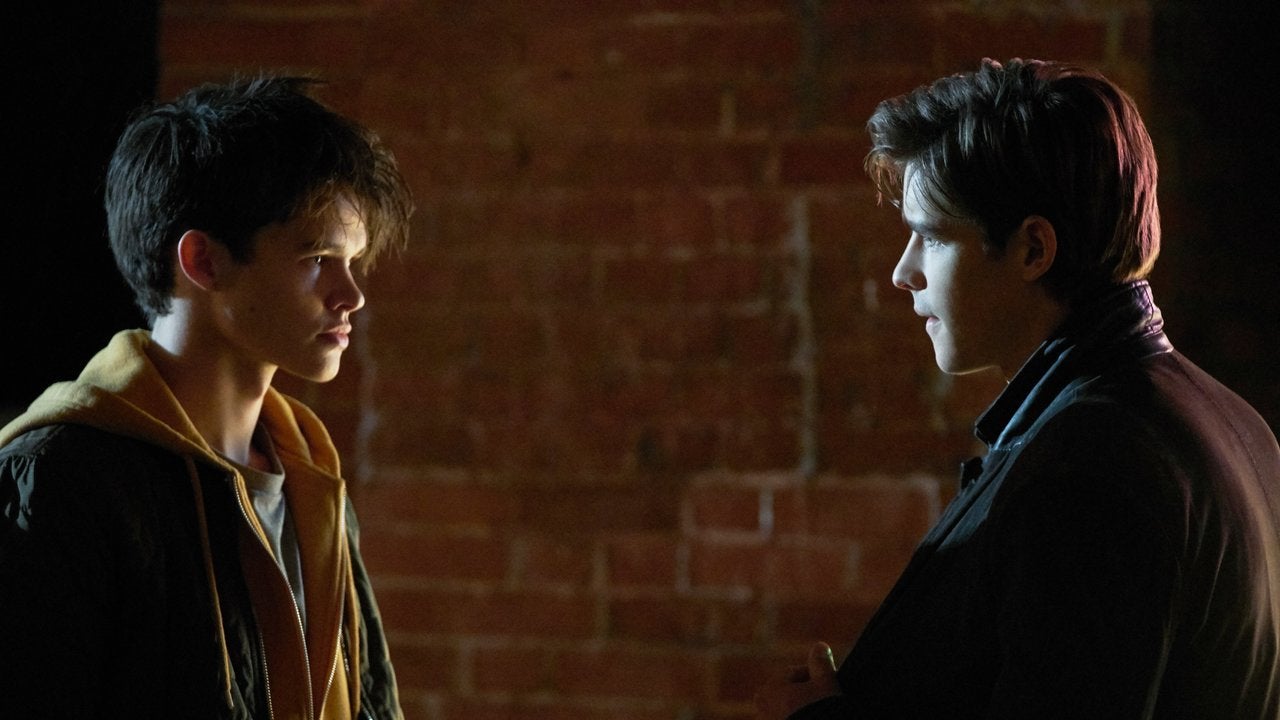 Whilst Dick remains as jaded and brooding as ever, Jason Todd embraces the Robin mantle wholeheartedly and infuses it with a refreshing sense of childlike wonder. In fact, Jason’s enthusiastic acceptance of his newfound role, can be likened to the energetic performance of Ryan Potter during Beast Boy’s introduction. Much like Garfield’s arrival, Jason Todd’s introduction counterbalances the overwhelmingly bleak worldview propagated by the majority of the shows protagonists. However, the writers go a step further and use Jason Todd’s dynamic approach to role of Robin to facilitate an in-depth commentary Dick Grayson’s  time as Robin. Whereas Jason see’s the inherent joy within vigilantism and the fulfilment of the familiar trope of teenage sidekicks, Dick Grayson dramatises the more problematic aspects of being a sidekick, namely the indoctrination of a child to violence. 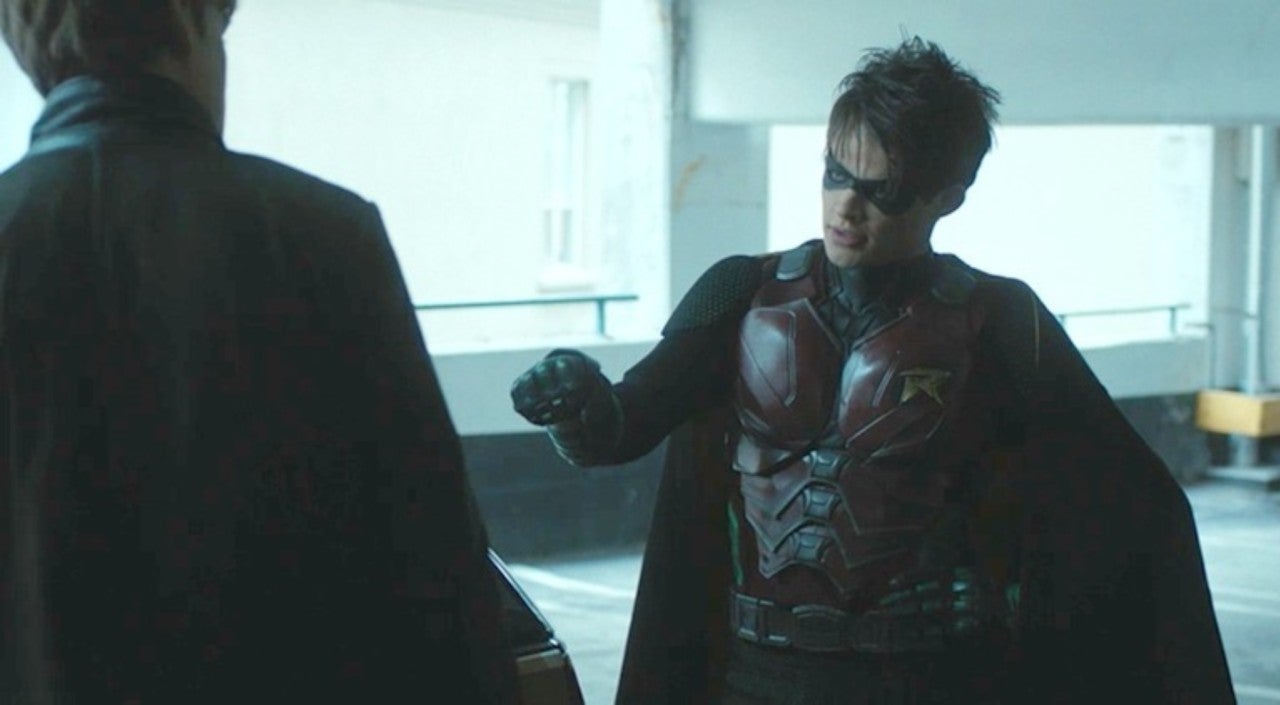 This key difference between the two Robins ideologies is perfectly captured in an early scene, where Jason nonchalantly  acknowledges a painting of Machiavelli, whilst Dick quotes Machiavellian sentiments with enough accuracy and menace to give Batman a run for his money. The difference between the two characters are as clear as day, whilst Jason merely comes across as an overexcited kid, Dick is presented as a brainwashed radical. This scene alone does more than all the gratuitously violent scenes combined to show the true extent of the trauma which Dick experienced as result of his training by Bruce, as it actually makes a compelling statement regarding the character as a whole.

The writers further compound Dick Grayson’s misgivings concerning the Robin mantle during the episode’s big action set piece, in which Jason Todd relishes in his brutal takedown of multiple policemen. Here, the show purposely veers into some very uncomfortable waters, as it not only presents the audience with Jason’s enjoyment of violence, but rather his enjoyment of excessively gratuitous sadism. The writers make this point all the more clear through Jason’s comments regarding his, following Dicks attempts to chastise him. Jason’s comments highlight some deeply troubling sentiments, as he explicitly states an enjoyment of inflicting pain and exerting power over individuals who once held power over him.

There’s something markedly chilling about witnessing Jason Todd’s eagerness to employ excessive lethal force and willingness to cross moral lines when interacting with presumably good men, who are simply doing their jobs. Here, Jason seems almost sociopathic in his enjoyment of vigilantism. During this scene, the writers expertly justify Dick’s contemptuous relationship with the Robin mantle and truly showcases the twisted sense of morality which Dick Grayson associates with the Robin identity. With this, the show presents Dick with its final piece of evidence in favour of his abandonment of the Robin identity and provides Dick with necessary catalyst to truly begin his journey towards the Nightwing identity. 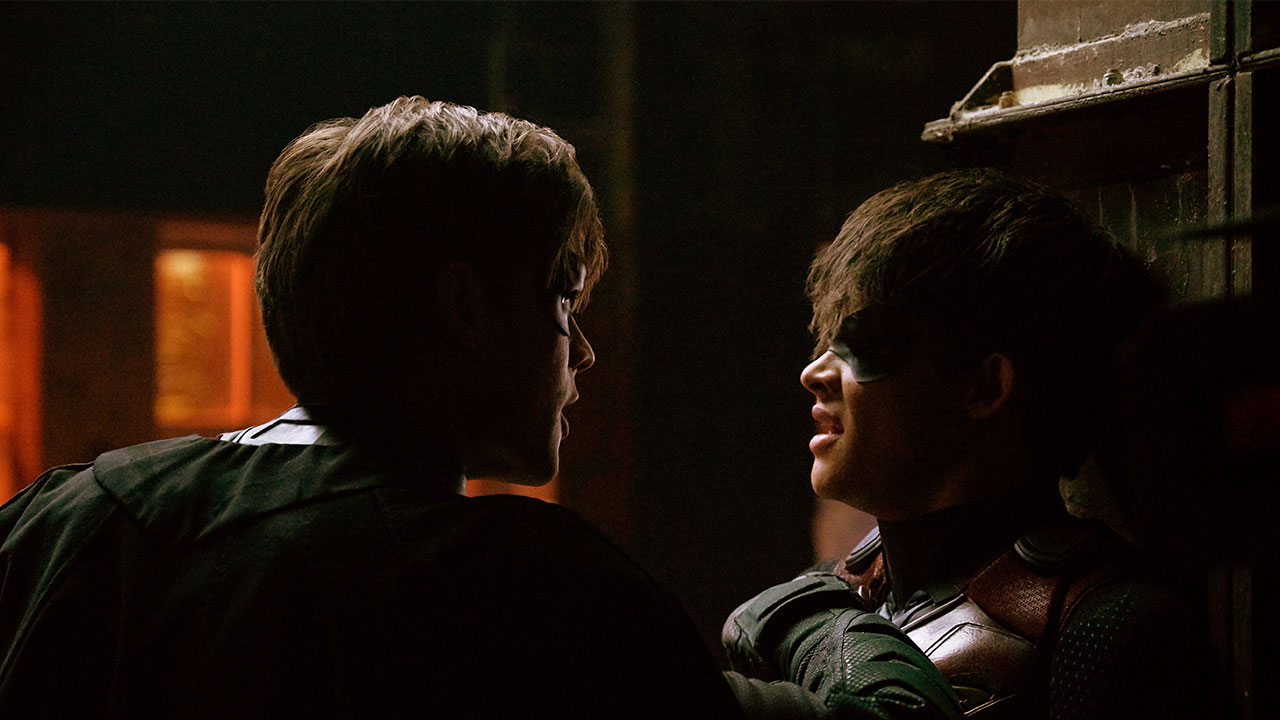